The 2023 St. Louis Mardi Gras presents the annual "Purina Pet Parade" that will take place in Historic Soulard. This pet parade holds the Guinness World Record for the largest costumed pet parade in the world and is fun for the whole family, whether you are a participant or just a spectator!

The Coronation of the best-costumed dogs takes place immediately following the parade, at the Soulard Market Park at 8th and Lafayette next to Soulard Market. Checkout the Taste of Soulard or the Wiener Dog Derby after the parade.

The Mardi Gras season begins on January 6th with the 12th Night Celebration and ends with the Grand Parade on Saturday, February 18th. 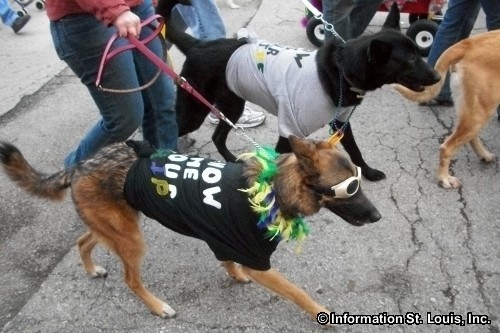